Back to the topic of movies and media. The movie which is front and centre at the moment is the latest James Bond flick, Spectre. Say what you want about the movie, the biggest takeaway is the return of the iconic “gun barrel” James Bond opening.

You know the one I’m talking about. Bond casually walking across with a gun of some unknown assassin pointed at him. For some reason this person doesn’t shoot Bond before Bond turns to shoot. The blood then somehow seeps through a cross section of the barrel of the gun…

I am of course nit-picking and teasing here. I am actually a big fan of this opening. So much so that I went and watched each version of this throughout all the Bond movies. You wouldn’t believe the differences between them all! From design, to the music, to the walking style of each Bond actor.

So, I have here a ranking of the top 6 Bond gun barrel openings to help you procrastinate on things that matter for another 5 minutes. I think the order will surprise you!

One last important note. These are all my opinion. Feel free to complain in the comments, I’ll be happy for explain why your opinion is incorrect here.

I kid of course.

Without further ado, let us begin.

For Your Eyes Only

It’s a shame the gun barrel version in Roger Moore’s era ended up last, given the music was so darn awesome and upbeat. It invigorated John Barry’s original arrangement with the disco-esque style which was dominant in the 70’s to create something quite rhythmical.

What really let this down, was the walk and turn of Roger Moore. He might be a smooth talker, but he almost lazily turns towards the shooter… he’d have been shot already! Perhaps using two hands to grip the gun wasn’t the best idea for speed. The visuals and style were pretty much the same as what came before.

How do you score the original? The one which set the bar for the rest? The opening has become an icon of any Bond movie, as well as the musical soundtrack. Well, given it was the original, and to give it room for improvement I gave the style a 4 out of 5.

The score itself I’ve given an average score. As good as it is, some other versions improve on it just a little. Doesn’t take anything away from this original masterpiece. As for the walk and turn, if you notice, Sean Connery has a little trouble keeping himself still after swivelling around. It is however better than the first version of Connery’s walk, which ended in him jumping into a shooting position. (Look it up, it’s quite funny, but a classic).

Daniel Craig was really saved by Casino Royale. The gun barrel “after thoughts” of Quantum of Solace and Skyfall left much to be desired. Awkward walk, strangely fast sequence or weird Photoshop graphics of the gun barrel were problems that plagued those two. The Spectre one is actually very good and very classic. But Casino Royale tops all the Bonds with originality whilst paying homage to the original.

It gave a reason for Bond to be turning like that, which Daniel Craig did in style. It smoothly transitioned into the song title sequence. It had the most realistic blood pouring down the screen. So the originality and style makes up for the lack of walk on, or use of the original theme. This shares joint 3rd with the next one I will mention…

A lot of people aren’t fans of Timothy Dalton’s portrayal as Bond. Personally I do like him. He’s a little more emotional than the other Bonds, and a lot of people might not like that. Fair enough. But the swagger on him when he walks on is brilliant. His turn is quick, not overcooked or slow (like a certain Roger Moore).

The music itself was great. The movie it introduces is quite the epic in that Bond loses his license to kill for the first time. He’s also on a personal vendetta for Felix, his CIA counterpart. The music in this opening sequence reflects that in how different, but epic it is, whilst keeping the original elements recognisable.

Now in terms of improvements on the styling and soundtrack as a whole, the Pierce Brosnan gun barrel intros had it mastered. It was even hard to pick which one to put on display. All of the musical scores had some difference to them, a couple of them fairly bombastic in their use of rhythm and speed differences. The common theme? They left me feeling excited.

The style of the gun barrel itself is updated and looking glossy. The only let down (which is likely to be controversial) is the walk and turn. The walk was ok, fairly normal, the turn was the other extreme of Roger Moore’s slow “I don’t mind being shot at because they’ll miss anyway” turn for the shot. Pierce turned very suddenly, very quickly – it’s great practically speaking, but there was no swagger, no grace. Not like our surprise number one…

On Her Majesty’s Secret Service

Given George Lazenby is probably my least favourite Bond, I did not see this coming. A Bond movie that came in between Sean Connery’s run, the musical score made use of a synthesizer (also used in the movie) to add a nice spy thriller edge. There are other differences in the musical score I could go on about and bore 67% of the readers. (I did the math).

The walk is stylish and cool, not quite on a Timothy Dalton level, but almost there. His turn however was athletic, swiftly swivelling to one knee. Just watch it and try doing it as smoothly as he does whilst keeping your balance. The style of the whole thing was largely the same except for what almost looks like him moonwalking forwards. Probably an accident of the times, but it looks great!

And there you have it. Just know, you will never get these few minutes back again. Of course, the situation is worse for me writing this…

In 2007, I became a Mac convert. Two MacBook’s and a Mac Mini later, I received my first Chromebook in 2012. A year later, I sold my MacBook Pro on eBay after blowing the dust off the keyboard and screen after a year of not being used.

If you have a problem, if no other device can help, and if you can buy them, maybe you can own… a Chromebook.

A-Team references aside, this is actually a true story. A Chromebook is a light-weight laptop with Google’s Chrome operating system (Chrome OS) running it. What is Chrome? Simply an internet browser like what you may be using to read this (if you’re smart…). Other examples of popular browsers in the market are Firefox, Safari and Internet Explorer.

So the question I had a few years ago is – how is one supposed to do all one normally does on a Mac or Windows operating system only on a web browser?

Given my interest in web technology, I wanted to give it a chance, so I embarked on what I called the Chromebook Challenge. A week of using nothing but my Chrome browser on my MacBook Pro at the time, and blogging my results.

More and more of us now own smart phones and tablets. What do we do offline? Perhaps playing games, reading, note-taking, and checking calendar? Although games are increasingly social, books are downloaded from the internet, calendars and notes are synchronised on the cloud. These all need internet connections. When you don’t have an internet connection. You know about it. You complain about it. Then you complain that you can’t post or blog about the complaint. 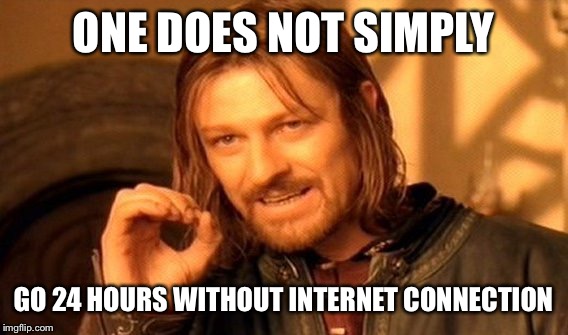 On our PCs or Macs there are offline applications (apps we use without the internet) we might use frequently. For example writing documents, spreadsheets, editing photos, editing videos, email and much more.

But, now just bear with me here, if we really look at how much time we spend offline vs online, some of us might realise the shift to online activities for virtually everything we do. Socialising, shopping, banking, movie watching… my goodness. We’re all doomed in 20 years to being couch potatoes!

Chrome OS and indeed the Chrome browser have apps and an app store too. These apps are essentially well designed websites which look and feel like apps you might download on your phone or tablet. They utilise key HTML technologies to allow a lot of offline activities.

Sigh, I’ll just get this shameless plug outta the way, shall I? There is a Chrome app for my Cyman Digital Butler app. You can have conversations with your computer and get it to open certain pages or remind you about certain things. Cyman Mark 3 is in the Chrome store rated at 4.5.

That’s right folks, believe it or not, you can edit word documents and spreadsheets and save on Google Drive without being online. Once online, it will synchronise it in the cloud for you. This goes for other key web applications. You can view your mail offline with GMail, and you can even view your Google Calendar offline. 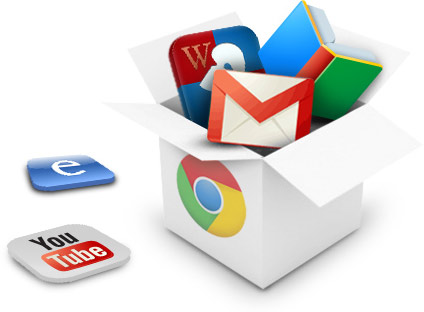 Sounds very much like how our mobile devices work now, am I right?

The Chromebook is a lightweight laptop computer which barely needs the kind of resources that your standard Mac or PC running windows needs to completely drain. Therefore the Chromebook is much faster, safer and crashes a lot less.

I’m going to be showing the results of my experiment on here in 6 or 7 parts. I tried to cover as many areas as possible – from the point of view of an office worker who needs Word and Excel, a musician who needs to write or create music, a programmer like myself, and someone creative who needs something on PhotoShop levels.

What did I get out of writing this? A free Chromebook from Google.

So if you’re thinking about getting a Chromebook, follow on and look out for the “Why you need a Chromebook” series.